The Government has published contingency plans for if Britain leaves the EU without a deal.

The UK’s exit from the EU will have a significant impact on local government, creating challenges that need to be addressed, but also opportunities to do things differently.

Over the summer and autumn, the Government published a series of technical papers outlining the impact of a ‘no deal’ exit from the EU and how the country should prepare for such a scenario. 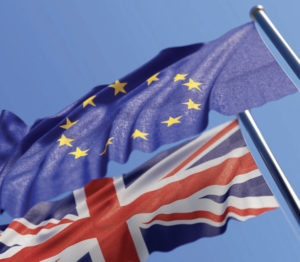 The Government and the EU have both stressed that ‘no deal’ is the least-preferred option. However, the LGA and councils up and down the country have been taking a lead on Brexit preparations because our residents and local businesses expect us to be ready.

In advance of the technical papers, the LGA produced a briefing, ‘No deal and local government’, which aimed to advise and influence the Government’s own preparations, and to ensure the concerns of local government are heard.

So far, the Government’s technical papers have explored a wide range of extremely important issues to local government, including the European Regional Development Fund, the European Social Fund, procurement, state aid, organic food production and labelling, and the import and export of animals.

Important issues such as EU nationals’ voting rights and their right to stand in the 2019 local elections and beyond remain unanswered. The LGA has sought clarity from the Cabinet Office on this issue.

The most urgent issue is the 2019 local elections. While we are assuming that the tenure of EU nationals already elected will remain, councils need to understand the rules for those voting and seeking election next year. The deadline for the delivery of nomination papers is 3 April 2019, a few days after we leave the EU.

While we await clarity on the residency and employment rights of EU nationals  living in the UK under a ‘no deal’ scenario (many of whom are in key local government jobs), we should assure our communities that their rights will be protected, as per the Prime Minister’s statement in September.

The technical papers have provided assurances with regards to EU funding, with the Government committed to ensuring there is no gap in funding for regional growth, and guaranteeing all European Regional Development Fund and European Social Fund projects agreed before Brexit.

State aid rules will be transposed into UK legislation through the European Union (Withdrawal) Act 2018, with enforcement and supervision carried out by the UK’s Competition and Markets Authority from 29 March 2019.

On procurement, the Government has said there will be a UK replacement for the current EU system, and that the UK will accede to the World Trade Organization’s agreement on government procurement.

However, more detail is needed on how to deal with ongoing procurement procedures in the handover period between the two systems.

Brexit will ultimately be judged as a success or failure by local areas: real people in real communities. The LGA will continue
to lobby the Government extensively on these and other issues, to ensure that councils are as prepared as they can be for the impact and opportunities that Brexit presents – whether there is a deal or ‘no deal’.

For the LGA’s ‘No deal and local government brieng’, please visit www.local.gov.uk/parliament/briengs-and-responses/no-deal-and-localgovernment-brieng-august-2018